It was in 1992 in a small town of Slovakia called Šaľa when a boy with the name of Marco was born. He found himself in the art which was absolutely likely to happen. But nobody knew which art would be right for him. He spent a lot of time by drawing but his father's local band had the strongest influence on him. Marco tried to sing and play the piano there. And his parents were happy about it. 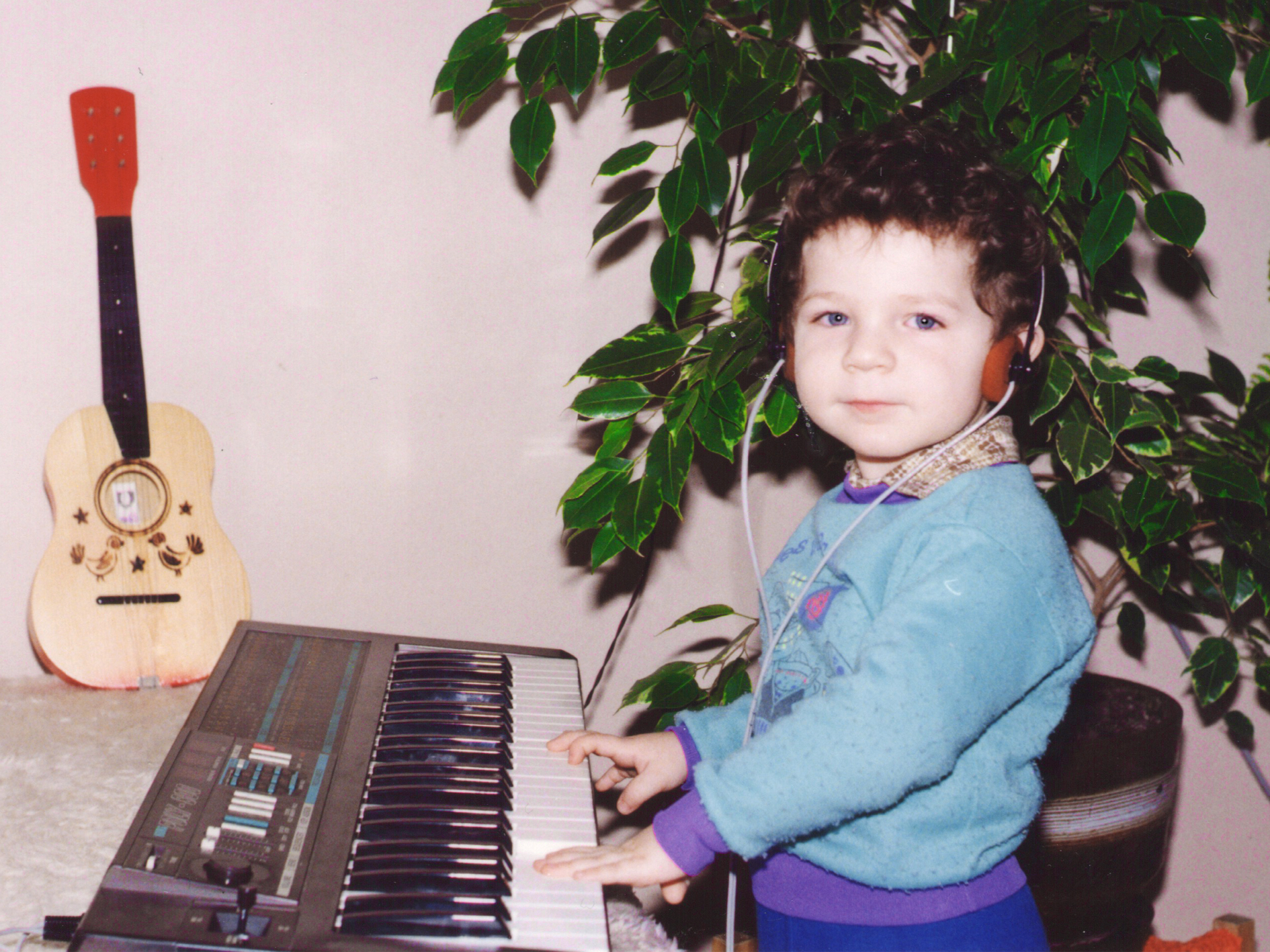 He started to learn piano properly at the age of seven. In his very first lesson Mrs. Tégenová - his first teacher - was very surprised to hear him play a few extracts from classical pieces such as “Für Elise”, he managed to learn them purely by ear. His subsequent piano lessons became a child's play for him. During these studies he took part in many piano competitions, winning the 1st and 3rd places respectively in Schneider’s Trnava and Lute of Nitra and a special price in the Pál Kadosa Competition in Levice.

Music composition has been a very important part of his life and its very beginnings appeared around the year 2000 when he composed his first piano piece "The Last Flight of the Butterfly”. He subsequently stopped composing, focusing only on performing until his teenage years when he came back to it again. 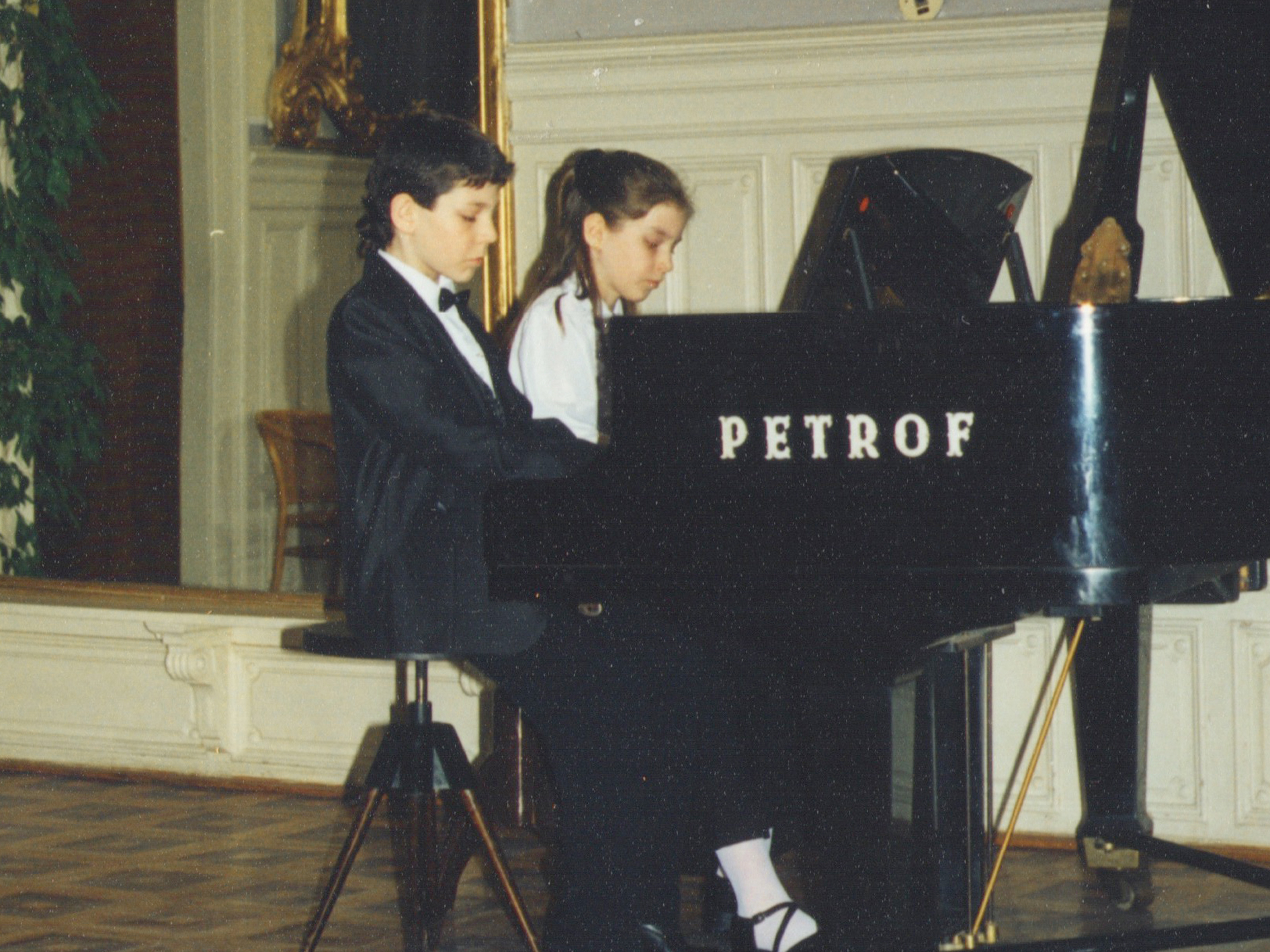 His first high school (Gymnasium) was like a dead end for him. Nevertheless, it was an important period as he realized then that he wanted to be a musician. He did not stop composing, on the contrary he started to write a rock opera “Pollunia” for solo singers, mixed choir, rock band and symphonic orchestra. Unfortunately, he has not finished it yet, but it showed him the right way and offered him a closer look at classical music. And during the second year of studying at the Gymnasium he decided to leave the school for the Conservatoire in Bratislava. 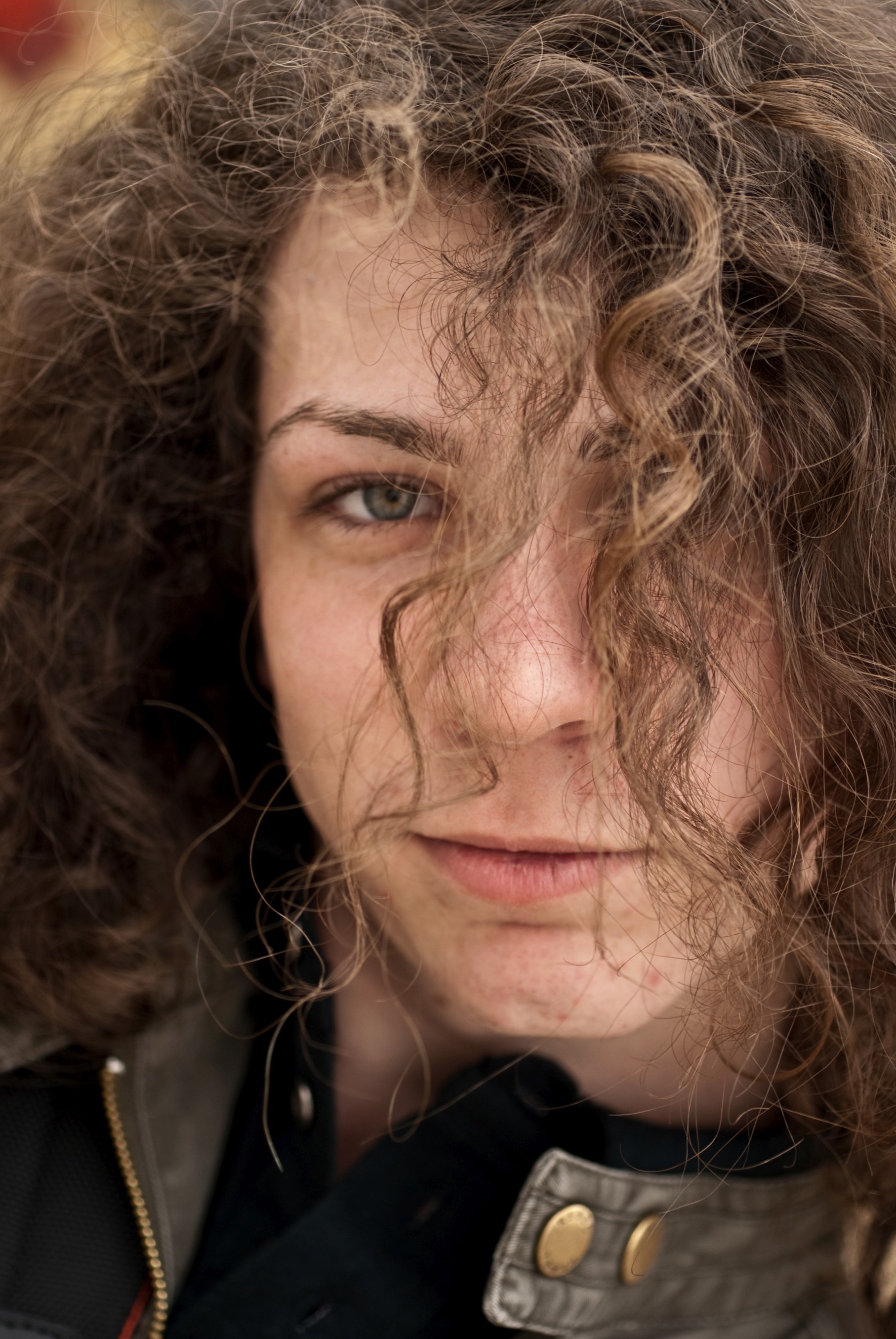 It was the most crucial step of his life. Everything had changed and he felt that it was the right place to be for him. He started to study composition with Peter Martinček, who is one of the best Slovak composers nowadays. His way of teaching was absolutely suitable for Marco. Free and open at the first sight, but still inspiring and inconspicuously demanding more and more and that pushed Marco forward. Under Martinček's leadership he created many pieces - solo (“The Way Home”), chamber (“Songs in Tears”) or orchestral pieces such as his first two symphonic poems “The Morning Dawn” and “The Little Match Girl”. The latter was awarded by the 1st prize in a Competition of the Slovak Conservatoires. His last piece written at the Conservatoire was “Swan” dedicated to his mother.

E. Rabchevska and V. Šarišský, Academy of the Performing Arts in Bratislava, 2014

While studying composition, he also started to study orchestral conducting. The first impulse was in his early childhood:

“I remember when I was a child, I saw a conductor on TV and I stayed first gazing, then I repeated moves after him with my children’s sword. And that feeling was very special.”

Since then he has passed a long way until full understanding of that moment. In 2012 he passed the entrance exams directly to the second year of the study program in conducting at the Conservatoire in Bratislava, and two years later he graduated. He was led by the conductor Július Karaba, who has given Marco more than just basic skills. Thanks to composition he had many possibilities of performing quite a lot of premiers of his schoolmates' works or his own. He finished the Conservatoire with the Symphonic Orchestra of the Conservatoire conducting W. A. Mozart’s Symphony No. 40 in g minor. 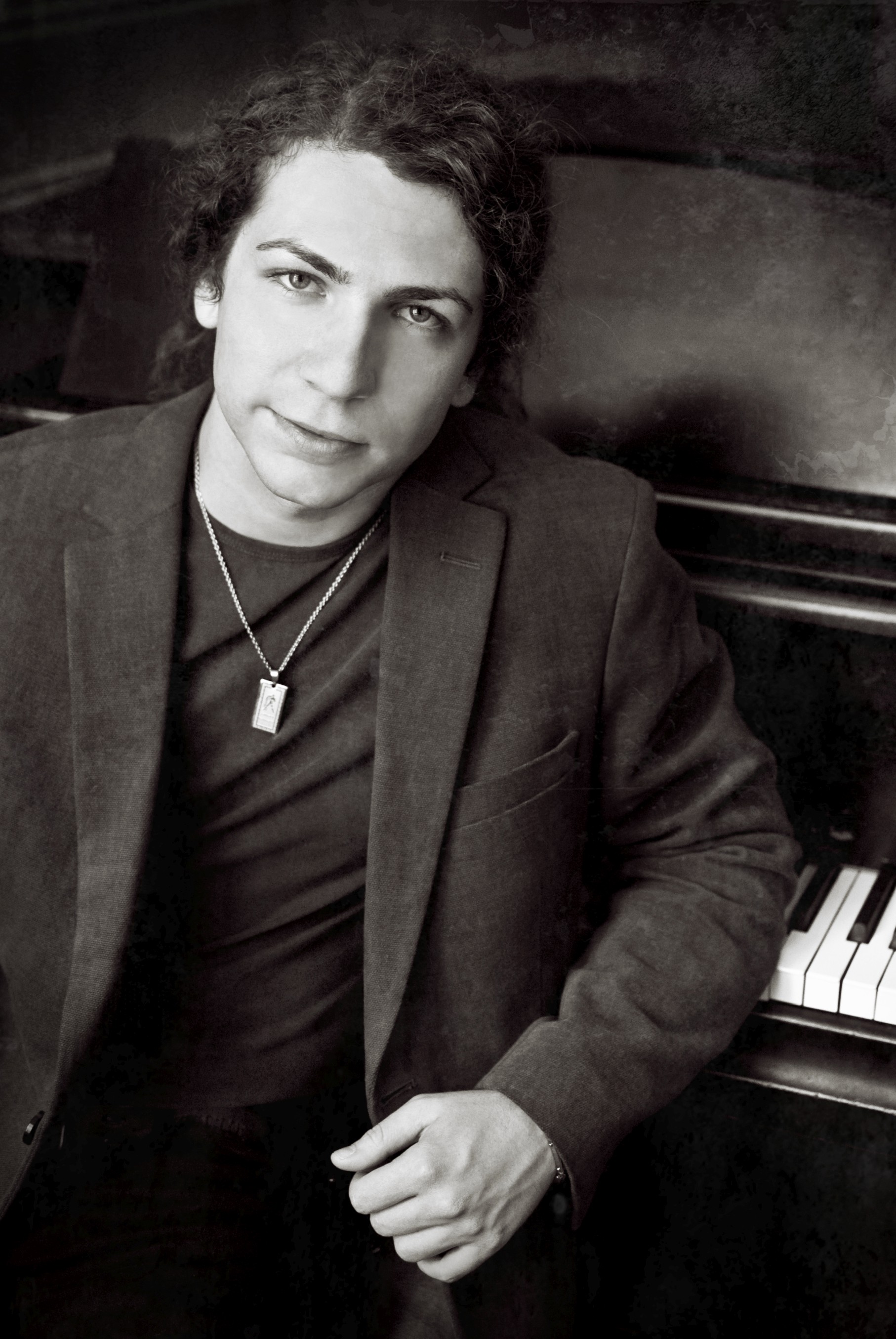 After the Conservatoire, he was admitted to the Academy of the Performing Arts in Bratislava for a composition program with Vladimír Godár, who is one of the Slovak culture's masterminds. Marco Vlasák has gotten from him the perfect knowledge of score writing, instrumentation and connections in between different concepts and parts of the music history in Slovakia and other countries. Marco's works written at the Academy were premiered at festivals such as the student Music Festival Orfeus or the AsynChronie Festival by many musicians and ensembles (e.g. Brno Contemporary Orchestra). These are some of his works premiered at the Festivals: “2 for 2”, “Les Préludes de l’impression” or “The Speech of the Trees”. He attained his bachelor degree with his 3rd symphonic poem “Of the Creation and the Destruction of the Two Trees” for solo piano, violoncello, female voice and symphonic orchestra, inspired by J. R. R. Tolkien.

X. Jarová, Academy of the Performing Arts in Bratislava, 2015

Naturally, he has not stopped with conducting and continues with his studies at the Academy where he has already studied composition. Under the conductor and composer Marián Lejava - one of the best known names of the younger Slovak music generation, he has gained the knowledge of music of the 20th and 21st century. Thanks to the Academy, he has worked on projects such as the Music Festival Orfeus, Opera Under the Bridge and a big European project the White Night. He has become a creator, music director and a conductor of the Bridge Ensemble as a main part of the mentioned projects.
In 2016 he participated in the Erasmus exchange program at the Royal Conservatoire in The Hague in The Netherlands studying orchestral conducting with Jac van Steen, Kenneth Montgomery and Alex Schillings.

During his short career he has participated in many projects including those previously mentioned.
The first significant experience was the VENI Academy. Since 2014 he has been regularly invited as a conductor and become a part of this great society of musicians. VENI has given him a lot of practice in music of the 20th and 21st century with musicians from many countries and a helpful hand of lectors such as Daniel Matej, Marián Lejava, David Danel or Ivan Siller. Thanks to VENI he has performed at many concerts at Slovak music festivals like Ars Nova Košice 2014, Music of Today 2014 in the Slovak National Gallery or the Radio_Head Awards Festival 2015, etc.
In 2015 he was at the formation of the Experimental Ensemble and became the first conductor of the project. 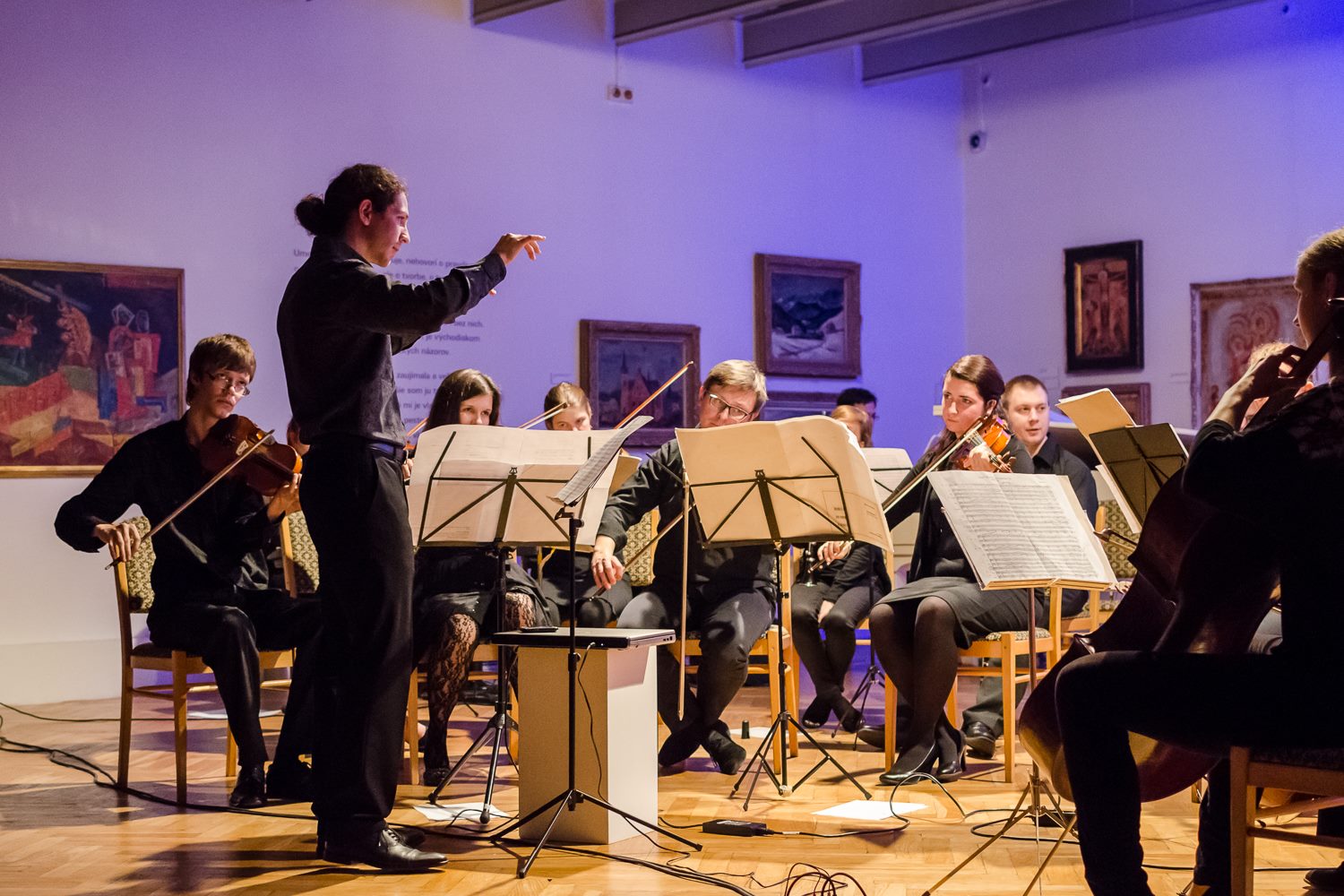 In the same year he was invited to become a conductor and choir master of the Chamber Opera Bratislava and he accepted the offer. The Chamber Opera has given him a space for his own realization, experience in working with singers and a possibility to be a part of the realization team. 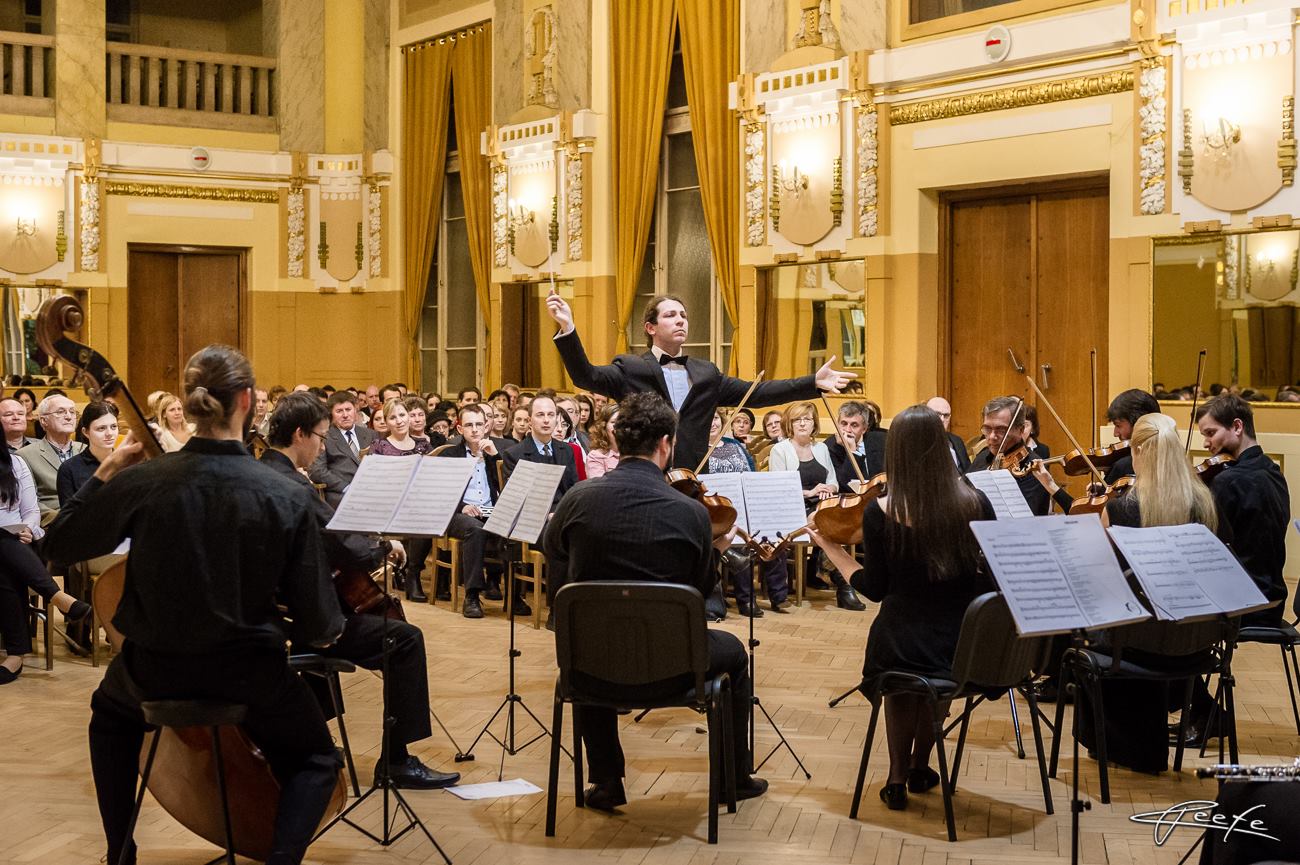 His pedagogical inclination has shown many times. He started to help friends with learning theoretical or practical aspects of music and in 2015 he began to teach playing the piano and leading a children's orchestra at the primary music school of St. Cecilia in Bratislava.

Influenced by his father’s band, Marco Vlasák has created many songs in pop, rock or metal style, including the rock opera “Pollunia”, which combines rock/metal music and a classical symphonic style, and other singles of a similar conception (Variation on the Theme by Mozart, The Moon, etc.). He has done all these works as a made-by-yourself production - being a composer, pianist, guitarist and singer in his home recording studio.
He has also recorded many songs of different bands or solo musicians.
In a more classical way, he cooperated on recording of a single “Aviator” - Marco Vlasák's arrangement was recorded by the Slovak Radio Symphony Orchestra. 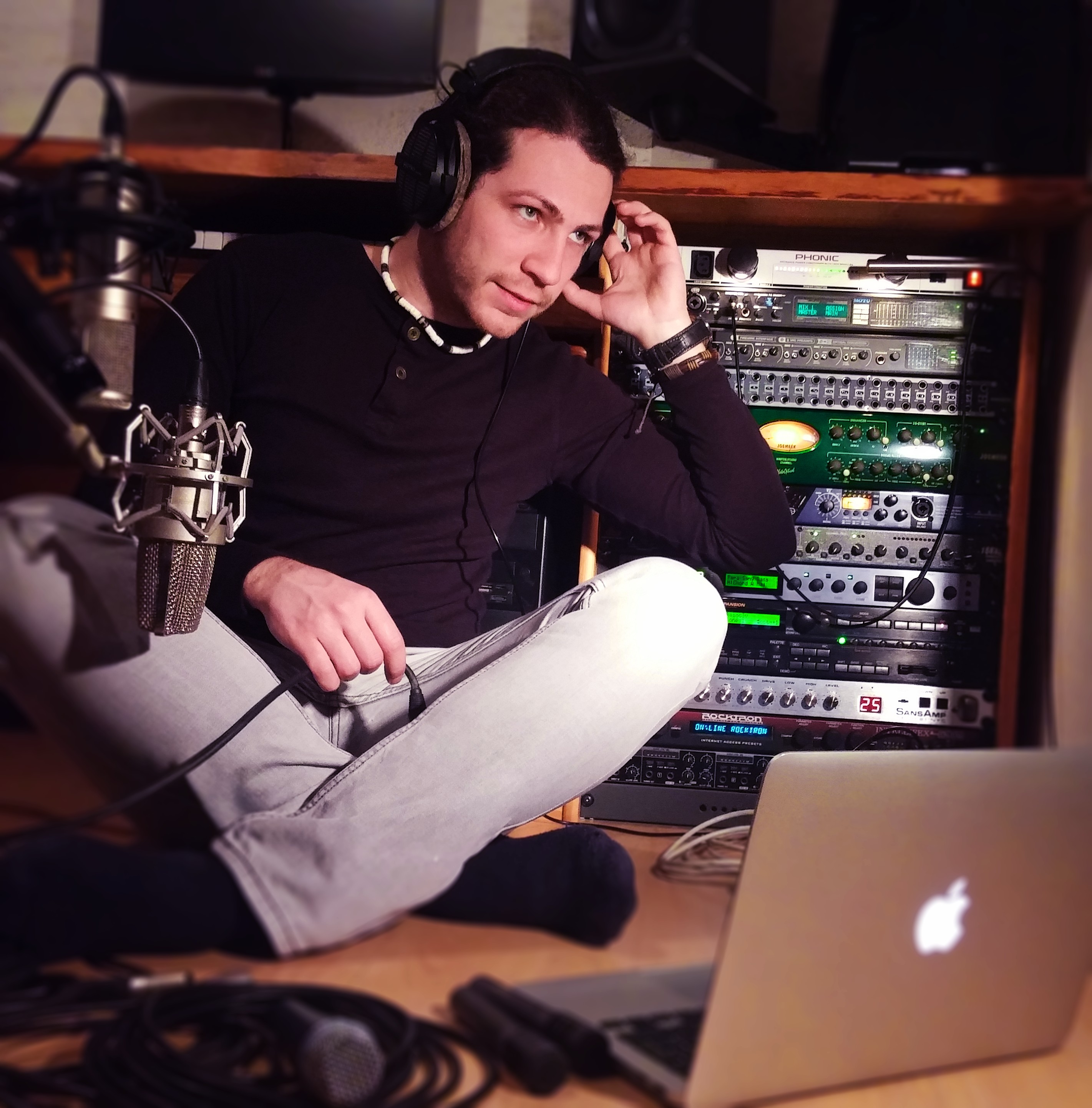 During his short life Marco Vlasák has gained a lot of experiences in composing, song writing, rehearsing, conducting, recording or performing music and his stroke and potential is really wide and still grows. In his music it is possible to hear parallels between classical and popular music. It is Marco Vlasák's deep conviction that classical music does not have to be uninteresting for masses, or that the popular music can reach a level of a more sophisticated type of music and also that their connection is possible and can lead to original and exciting results which could not be reached separately. One just should be careful what music he/she listens to because “the music we listen to and our lives are intertwined and reflect each other like a mirror. Let’s be careful about what we choose.” 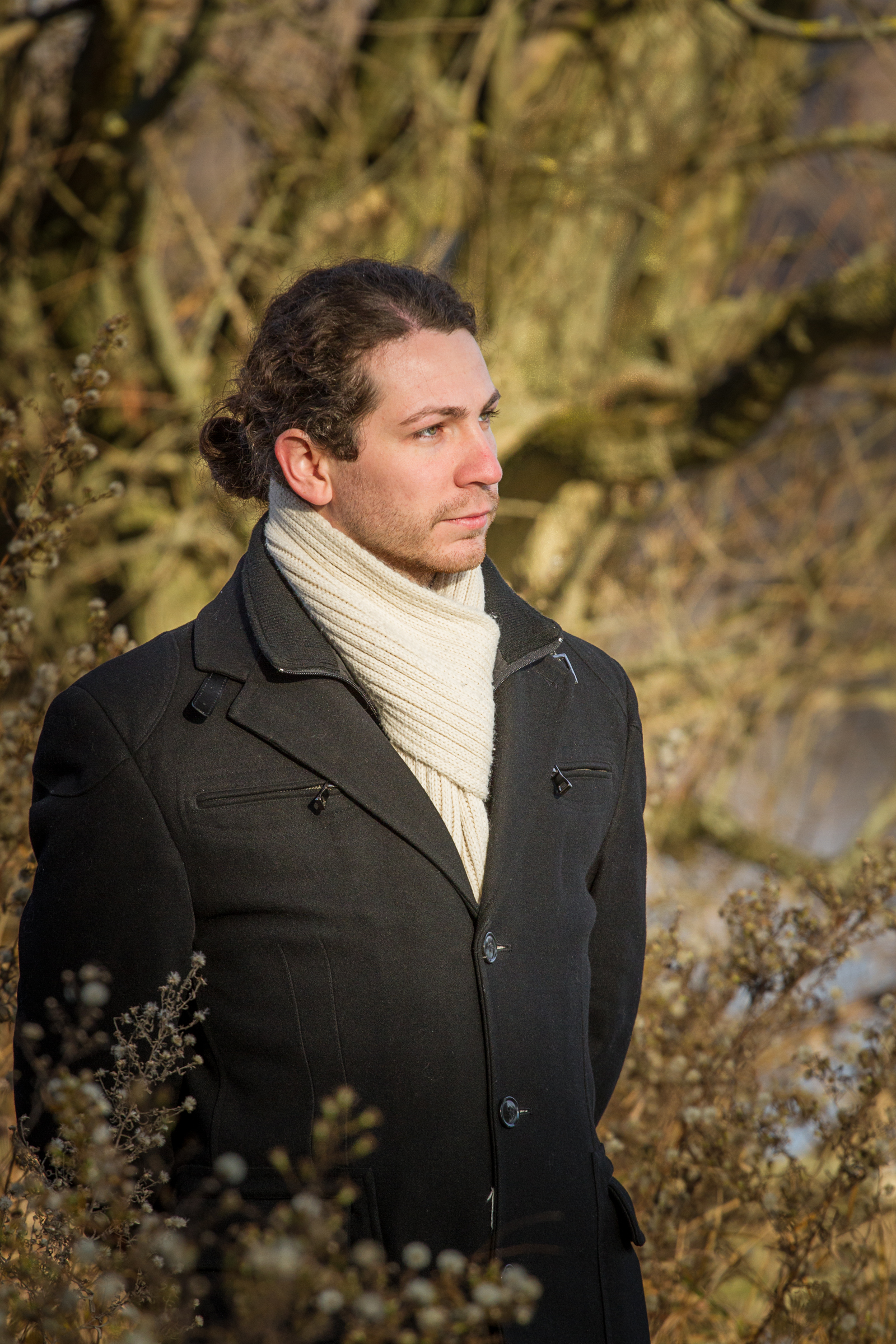